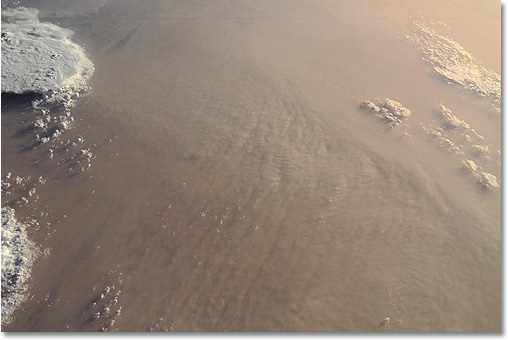 When viewed from the altitudes at which the Space Shuttle flies, sandstorms and duststorms are impressive natural phenomena. This high-oblique photograph of a rapidly moving dust storm is a dramatic example of a storm in the northern Sahara Desert, probably in southern Algeria and Niger. Too few recognizable landmarks are visible to determine the storm’s exact geographic location. Small cumulus clouds have formed over the most vigorously ascending parts of the storm front, thus enhancing the visual effect of the leading edge. Such storms can continue into the Atlantic Ocean, sending dust as far as the Western Hemisphere and into North and South America.